Our HillBilly Bob’s band perform a mixture of good old fashioned Country classics and more modern songs with a Hillbilly twist.  We will have you dancing around the hay bales with a Yee-Ha.  It’s time to grab your partner by the hand and Do-si-do the night away.

Here is a sample of The HillBilly Bob’s Twist! 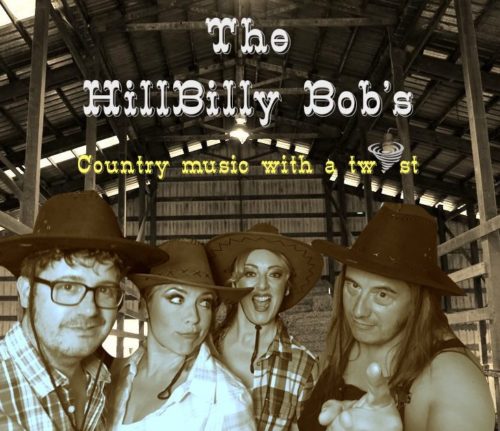 Other formats are available upon request.

We also offer at no additional charge the option of background music that can be played throughout the evening from 7pm-Midnight (DJ not included). 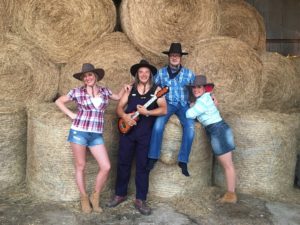 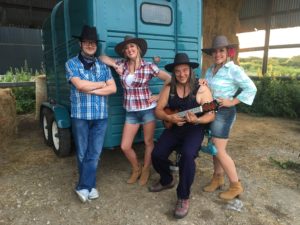 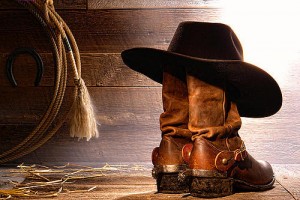 “Dear Sam and team,
Just a line, with my president’s hat on, to thank all of you for such a marvellous evening last Saturday – I have had nothing but enthusiastic feedback from people who attended – and lots of “When’s the next one?

Apart from the show itself, you were a really nice bunch of people – a pleasure to work with – and hopefully we can get you back to Ely again in the not too distant future.

This was the first time we have tried anything like this, and we raised just under £1500 for charities and good causes on Saturday, which is by far the most our small club – 18 members – has ever raised.

Again, many, many thanks, and we look forward to working with you again.”

With best wishes for the future,

“I booked Abba Rebjorn as a special treat for my 50th birthday party in January. The band arrived on the day of the party 2 hours before the party started so that they could set up and rehearse. They were booked to play a 75 minute set of Abba songs but ended up playing for 90 minutes, much to my guests delight.

They are a great tribute band, far better than I expected after viewing their videos on Facebook. They speak using Swedish accents in between songs and their singing voices are excellent. I’m so glad I booked them. On the night of my party there were over 100 guests and when Abba Rebjorn starting playing, the dance floor was full. They got the party going and the atmosphere was great. Friends and family are still talking about it 2 months on and I would definitely recommend them to anyone looking to make a special event one to remember.
Thank you Abba Rebjorn.”
Julie O’Brien 12/03/17

“Hi Samantha,
Just a quick note to thank you for providing such wonderful entertainment last Saturday at our New Year party.

I mentioned to you our upcoming Summer Ball and as I have a social committee meeting this coming Wednesday evening I was wondering if you could check your availability.
I look forward to hearing from you”

“Sam
Many thanks indeed to you and your co-members of Abba Rebjorn for an unforgettable evening. It was clear the audience loved it, from your very first song, and the atmosphere created was nothing short of incredible.

You were all great to work with and, despite the long journey home as well as having to lose the forward hour, hope you can look back and say the first experience performing in Ely was an enjoyable one.
We are already wondering when to ask you back !

Once again – an evening of fantastic quality, highly appreciated by all who came.

All the best – hope to hear from you soon.”
Michael

“Hi Sam,
A big thank you for another fantastic job on Saturday night for our 80’s Tribute Night, its the third time we’ve used you for three different evenings and we haven’t been disappointed yet.

“I was looking for a Motown tribute act for my mother’s 60th birthday party in November 2015, and my word did I find one!

Star Tribute were one of the most professional companies that I had ever come across. I don’t plan events too often, and obviously this one was a very important one and one very close to my heart, it’s not every day your mum turns 60 after all. Sam took such great care to address every detail to make sure that the performance on the night was well planned and flawless. There was a terrific buzz at the party that you can only get from having a live band that will interact with its audience, and I had people commenting on how great Star Tribute were for weeks after the event! I would wholeheartedly recommend Star Tribute for any event and I will most definitely be booking them again, in fact, I won’t be looking anywhere else unless they are already booked, that’s how good they were! I want to say a big thank you to Star Tribute for making a very large part of the party (which I’d been planning for 9 months!) so stress free and sensational. It was such a relief to not have to worry about the entertainment when I was organizing everything else by myself, I cannot thank them enough. So if you need a fabulous band for a party, book Star Tribute!!”

It was obvious from the number of the people on the dance floor all night that our members and their guests thoroughly enjoyed the
evening. We look forward to welcoming you back to the Earley Home Guard Social Club in 2016.

“Star Tribute provided us with a perfect performance of 70’s disco classics for our “70’s disco” event.

Having worked with the band now for several years, I can rely on their excellent level of professionalism and consistency in every performance. The ability to adapt their shows to a specific requirement makes them the perfect party band for any occasion.”